ROM, which stands for read only memory, is a memory device or storage medium that stores information permanently. It is also the primary memory unit of a computer along with the random access memory (RAM). It is called read only memory as we can only read the programs and data stored on it but cannot write on it. It is restricted to reading words that are permanently stored within the unit.

The manufacturer of ROM fills the programs into the ROM at the time of manufacturing the ROM. After this, the content of the ROM can't be altered, which means you can't reprogram, rewrite, or erase its content later. However, there are some types of ROM where you can modify the data.

The information is added to a RAM in the form of bits by a process known as programming the ROM as bits are stored in the hardware configuration of the device. So, ROM is a Programmable Logic Device (PLD).

A simple example of ROM is the cartridge used in video game consoles that allows the system to run many games. The data which is stored permanently on personal computers and other electronic devices like smartphones, tablets, TV, AC, etc. is also an example of ROM.

ROM is also used to store Firmware, which is a software program which remains attached to the hardware or programmed on a hardware device like a keyboard, hard drive, video cards, etc. It is stored in the flash ROM of a hardware device. It provides instructions to the device to communicate and interact with other devices.

The address of a binary number refers to one of the addresses of n variables. So, the number of possible addresses with 'n' input variables is 2n. An output word has a unique address, and as there are 2n distinct addresses in a ROM, there are 2n separate words in the ROM. The words on the output lines at a given time depends on the address value applied to the input lines.

The internal structure comprises two basic components: decoder and OR gates. A decoder is a circuit that decodes an encoded form (such as binary coded decimal, BCD) to a decimal form. So, the input is in binary form, and the output is its decimal equivalent. All the OR gates present in the ROM will have outputs of the decoder as their output. Let us take an example of 64 x 4 ROM. The structure is shown in the following image.

It is the oldest type of read only memory (ROM). It has become obsolete so it is not used anywhere in today's world. It is a hardware memory device in which programs and instructions are stored at the time of manufacturing by the manufacturer. So it is programmed during the manufacturing process and can't be modified, reprogrammed, or erased later.

The MROM chips are made of integrated circuits. Chips send a current through a particular input-output pathway determined by the location of fuses among the rows and columns on the chip. The current has to pass along a fuse-enabled path, so it can return only via the output the manufacturer chooses. This is the reason the rewriting and any other modification is not impossible in this memory.

PROM is a blank version of ROM. It is manufactured as blank memory and programmed after manufacturing. We can say that it is kept blank at the time of manufacturing. You can purchase and then program it once using a special tool called a programmer.

In the chip, the current travels through all possible pathways. The programmer can choose one particular path for the current by burning unwanted fuses by sending a high voltage through them. The user has the opportunity to program it or to add data and instructions as per his requirement. Due to this reason, it is also known as the user-programmed ROM as a user can program it.

To write data onto a PROM chip; a device called PROM programmer or PROM burner is used. The process or programming a PROM is known as burning the PROM. Once it is programmed, the data cannot be modified later, so it is also called as one-time programmable device.

EPROM is a type of ROM that can be reprogramed and erased many times. The method to erase the data is very different; it comes with a quartz window through which a specific frequency of ultraviolet light is passed for around 40 minutes to erase the data. So, it retains its content until it is exposed to the ultraviolet light. You need a special device called a PROM programmer or PROM burner to reprogram the EPROM.

The data in this memory is written or erased one byte at a time; byte per byte, whereas, in flash memory data is written and erased in blocks. So, it is faster than EEPROM. It is used for storing a small amount of data in computer and electronic systems and devices such as circuit boards.

It is an advanced version of EEPROM. It stores information in an arrangement or array of memory cells made from floating-gate transistors. The advantage of using this memory is that you can delete or write blocks of data around 512 bytes at a particular time. Whereas, in EEPROM, you can delete or write only 1 byte of data at a time. So, this memory is faster than EEPROM.

It can be reprogrammed without removing it from the computer. Its access time is very high, around 45 to 90 nanoseconds. It is also highly durable as it can bear high temperature and intense pressure.

Training courses always contribute to the professional development of each specialist. but in order for learning not to be too difficult, you need to relax and add entertainment to your life. Best Payout Online Casinowill is one such way that allows people to have fun and relax mentally.
Since there is a colossal assortment of portable spy applications nowadays, you will, obviously, have a great deal of organizations to look over. Just learn info from VBN . Before you buy any of the best secret government operative applications, it is prescribed to get your work done to be certain you have settled on the ideal decision.
payday loans online 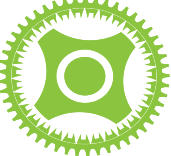 Starting your own business, aiming for that promotion or working to be a better manager? 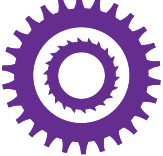 Studying, looking for a new career path or aiming to enhance your knowledge on Accounting & Finance? 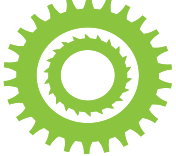 Get the most from your staff by recruiting Knowledge Grab as your training and development partner. 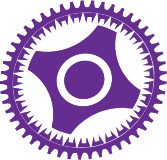 Our free information guides are designed to help you develop your knowledge and understanding.